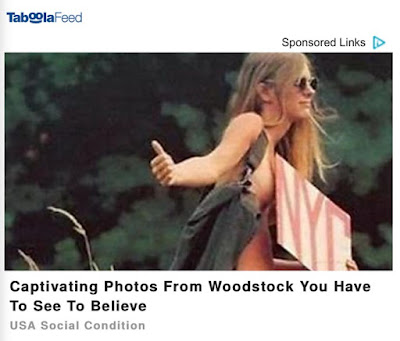 If websites are serious about combating fake news, they should dump content sharing services that mislead users.
They need to hold content promotion services like Taboola, Outbrain and Revcontent accountable for carrying lying clickbait. Such clickbait articles use fake photos, false or misleading headlines and other dishonest tricks to get web surfers to click on their articles.
Recently two major news sites that I visit have stopped using Taboola sponsored links in favor of financial services ad platform Dianomi, a more credible service.
Taboola, Outbrain and Revcontent need to do a better job policing the content they carry. If they don’t they should suffer lost business. Plain and simple.
Lying clickbait adds to the internet stew of fake information, which is also being spread by social media.
Need some fresh examples of the kind of lying clickbait they run? Check out the latest samples below.

Taboola ran a photo of a naked female hitchhiker with a post headlined “Captivating photos from Woodstock you have to see to believe.” But it’s not from Woodstock, it’s from an advertisement for Landlubber clothes.
This one has been kicking around for a while with Woodstock pictorials. See the HoaxEye article “Pictures of Woodstock festival that aren’t.” 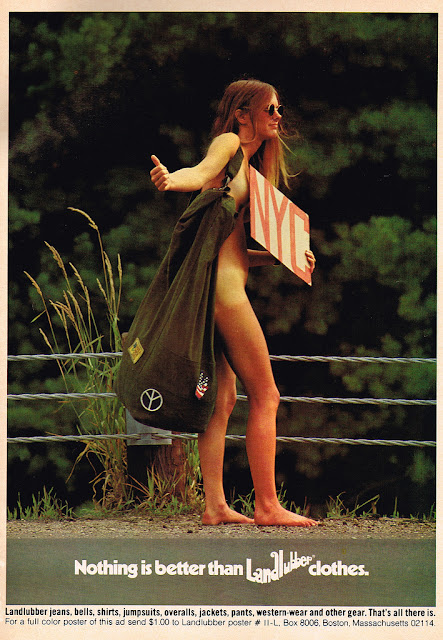 Revcontent ran an article titled “28 unauthorized photos of life in North Korea” using a photo from a Chinese TV series called “Special Forces Fire Phoenix.” It’s a fictional show about a female special forces unit that was criticized for being too sexy by the People’s Liberation Army military newspaper.
Photos from this series have been used to promote other supposed North Korea pictorials. See my earlier post titled “Lying clickbait: Close-but-no-cigar edition.”
For more on the show “Special Forces Fire Phoenix,” check out these articles by the Beijing News and DramaFever. 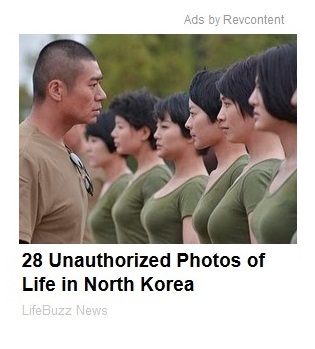 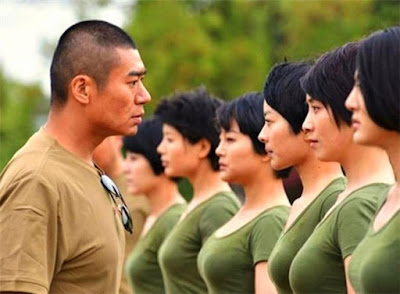 Outbrain ran a fake photo of a giant squid washed up on the beach for an article titled “Meet the most gigantic beasts on the planet. 36 images.”
The image is a composite of pictures of a much smaller dead squid and of people looking at a beached whale.
See articles by Snopes.com and WafflesAtNoon. 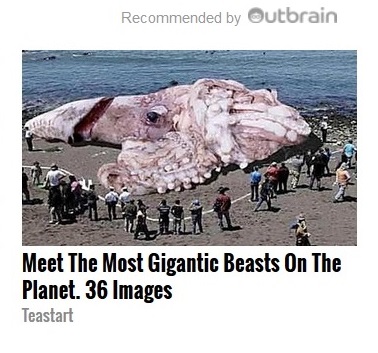 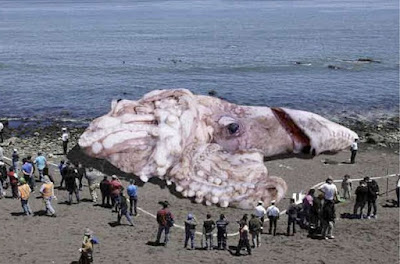 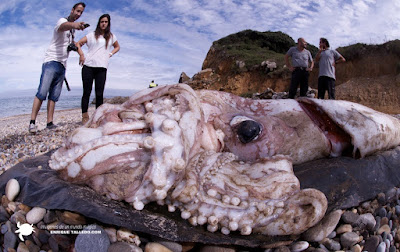 A clickbait article on Yahoo, which doesn’t identify its content promotion services, used a Photoshopped picture of a giant snake swimming past a family crossing flood waters. It used the phony picture to promote an article titled “15 huge animals you won’t believe actually exist.”
A photo of the snake without the family can be found online. 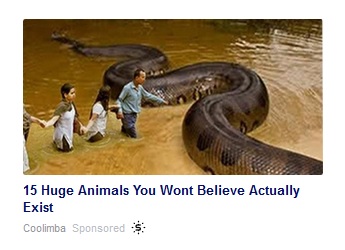 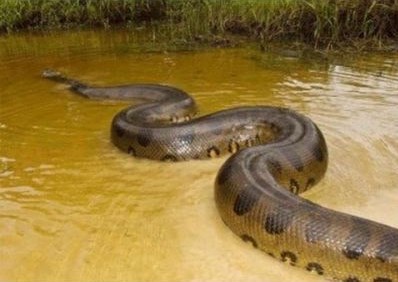 Revcontent promoted an article titled “Celebs who died and no one said a word” using photos of the very much alive actress Sara Gilbert. It paired her picture with the photo of a homeless woman named Pixie, implying that they are the same person. The photo of Pixie is by Megan Arroyo. 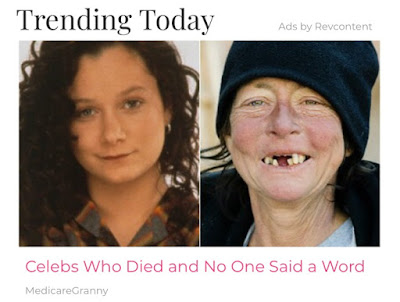 Purveyors of lying clickbait often use pictures of living celebrities with articles about dead celebrities to exploit the curiosity gap.
Below are clickbait articles that imply that actress Sally Field and game show host Vanna White have died. 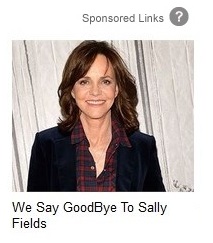 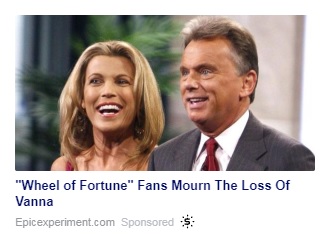 Posted by Patrick Seitz at 7:38 PM